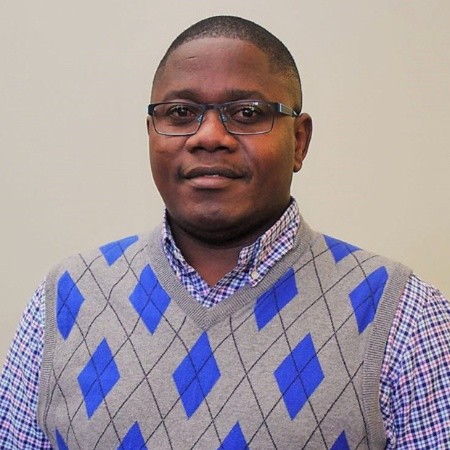 Munga has over 5 years of experience in electrical engineering. His experience includes quotation for power distribution products in the Industrial sector for large oil & gas clients such as LV Motor Control Center (MCC), panel boards, MV switchgear, and assembly based on customer single line diagram (SLD) specification and datasheets. Some of his interests include soccer, music, driving, traveling, and swimming.

I was born in 1982 in Ottawa, Ontario, Canada to Tanzanian Parents. My mother joined my father in 1981 who was pursuing his PhD in Mechanical Engineering in 1981. Upon graduation, my father left for Tanzania in 1986 and I went with him. I moved back to Canada in September 2006 after having lived in Tanzania for 20 years. I moved back to Canada to pursue my undergraduate degree in Software Engineering at Lakehead University which I later changed to Electrical Engineering after facing some difficulties in the computer programming courses. Tanzania is politically and socially stable but, as a Canadian citizen, I found that moving to Canada will increase my opportunities to succeed in life and achieve my dream of becoming an engineer. A dream I fully achieved on January 24, 2018.

I left Canada when I was only three years old although, so a lot of time had really passed. Canada was not very shocking although, I had some culture shock every now and then. I had stories over and over again while growing up in Tanzania about Canada. But, I experienced more cultural differences back in Tanzania in schools. For example, my classmates were given money by their parents buy snacks, ice cream, fries, and many other things they wanted but for us in our family, we were trained to pack lunch like jam and peanut butter and sandwiches. The same applied to other issues such as academics, finances and social aspects where our parents trained us through the use of stories throughout my 20 years I lived in Tanzania.

Language – English is not my first language, I had to get used to speaking it full time. This was hard for me as I had to think of any sentence or words that I would like to speak to somebody. This was stressful for me because I was used to speaking Swahili. Compared to English, speaking in Swahili was easier because I had to think less about how to structure my words as I grew up using it. English, on the other hand, was used in school for writing. I went to science and technical school where writing in English was not very common because most of our classes were mathematical and technical in nature so, writing in English was practiced.

Seeking of Employment – I had no idea or never heard of something called ‘a resume.’ I knew at some point, I will need to write my CV but the format used here in Canada is different from what we used in Tanzania. So I had a hard time to come up with my resume until I had some help from various recruiting firms and a friend. I attended a couple of seminars to help me develop my resume and still, it was hard to get employed then.

Culture shock – This was different life in Canada compared to Tanzania so, it took me some time to adjust to it.

Yes, I was lucky, I got support starting from International Students coordinator at Lakehead University when I arrived in Thunder Bay Ontario. The coordinator helped me to find my first room for rent just in an hour, she also helped me to find an accommodation for the night while waiting to see the landlord the followings day. Adding to that she helped me to register for classes. I also had help from various friends, classmates untill I got used to living in Canada and kept learning.

I have visited Tanzania in 2008 and in 2010. I feel life seem to be the same here in Canada and people back home are enjoying life. We are living a very compressed lifestyle with less support from family. In addition to that, we are expected at a very high level to provide or help family and friends back home. But, they have no idea that life is tough here so, this is creating a bit of a challenge to most of Africans living in Canada or abroad in general.

I was a student in Tanzania before I came to Canada. I came here to pursue my engineering degree of which I successfully completed in 2010 thus, completing the registration requirements to become a professional engineer. In January of 2018, I was officially approved and registered as a professional engineer (P.Eng) by APEGA.

Upon graduating from the university, I spent two years looking for a job in my field of study but, it was a tough process up until, being a registered professional engineer. I am a father to two amazing kids – my daughter Cynthia and son Cyril.

My advice to newcomers in Canada is to work hard on what they do. Students should work hard on their studies.

People should know that life in Canada is as hard as back home so always work hard on what you do.