So Glad to be a Canadian 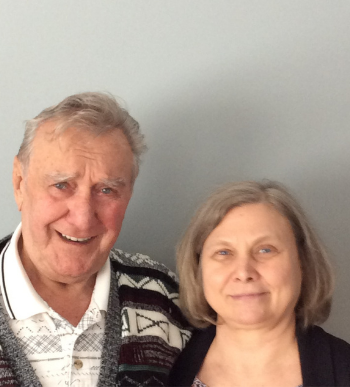 I moved to Canada on January 15th 1957 arriving Halifax port on the ship Columbia from France. I moved to escape communism and as I participated in the Hungarian Revolution of 1956 I would have been jailed.

I was living in Budapest in May of 1956 and studying to become a tool and dye journeyman. I lived with my sister and her husband in a one-bedroom apartment. I loved the city and the people. The public transit was excellent and the city was beautiful architecturally. There’s was lots of live theatre that was affordable and not just for the rich people. I played soccer and volleyball in the parks or school grounds with friends. I would go out for coffee with friends and entertainment in general was affordable. It was a walkable city and I would often go out with friends to walk in the city.

January 15th was cold that was my first impression after my 11 day trip via ocean liner. Being sick on the voyage over for 10 out of the 11 days the ocean liner crossed the Atlantic from La Havre, France.  We got off the boat and were getting our papers. In the line my feet were soaked because the liner was being washed and the people in line were getting wet. When my name was called I actually fell on my face because my shoes were frozen to the ground and my hands were in my pockets. We arrived at night so I didn’t get to see anything of the city. We only stayed one night in Halifax before going to Montreal by train. The customs agents were very helpful, polite.

When I first saw Montreal, first 3 weeks we were placed in an old jail on St. Antoine Street by the St. Lawrence River we didn’t go out very much the first week. We had a curfew of 11 pm. We looked for work and got to know the city streets better.

Employers came to the refugee site that I was at and picked people who had the right trade or skill needed. I got my first job 10 days after arriving in Montreal was working as a helper for bricklayers.  This job lasted two weeks.  About two weeks later my next job was working at a plywood factory called General Wood. I found out about the job by my brother-in-law through his network at his place of employment. It took about 45 minutes to get to the factory, and another 45 to get home. It was shift work and I worked an 8 hour day, very rarely we would be able to get some overtime work. I worked there for 6 months before I had an accident on the job and smashed my leg. Then I recuperated for 11 months before I could walk again.

After that I got a tip to apply for work at a stocking factory which I got. I learned a number of different jobs eventually becoming a mechanic apprentice during the 7 or 8 months of employment. I was laid off and my next job was at a printing company and became an apprentice, left that job for another job and finally became a painting apprentice. After a three year apprenticeship I got my trade papers. Finding a job was not difficult at that time.

The biggest challenge was the need to learn two new languages. In the west side of Montreal was English speaking, and the east side was French speaking.

Another challenge was getting a decent wage. In one job I was let go because someone else would do the same job for 60 cents/hour whereas I was paid 75 cents/hour.

I miss my family the most. Because I left Hungary at the age of 18, I really didn’t miss anything else.

Yes, many times. The first time I went back in 1973 my impression of Hungary was that people were still struggling, but life was easier that it was during the Revolution in 1956.

In 1990 communism ended and the people were happy, they could now own their own businesses and leave the country to visit other countries. It was easier to make a living and there was no more fear about being jailed for saying the wrong thing.

I didn’t have an occupation in Hungary, I was a tool & dye apprentice. Here in Canada I am a journeyman painter. Since getting my papers as a painter I worked in the trade steadily since 1962. I have had positions as a foreman, one that was for 20 years with a company called National Painting in Windsor, Ontario. I eventually opened up my own business in 1986 and ran it successfully for 6 years.  I retired in 1992.  Since then I have worked for myself doing private contracts. Now at the age of 82 I only paint for my wife.

I completed a 3 year painting apprenticeship.

It has changed completely for the better. I was able to have freedom, I was able to find work and had no problems with people. I was able to achieve what I wanted and run my own business. Most importantly I appreciated the political freedom I had and have.

If you are honest, and get along with people you will have no problem.

Keep in mind that many immigrants, especially refugees, have experienced war and other hardships. Also don’t blame immigrants for job loss.