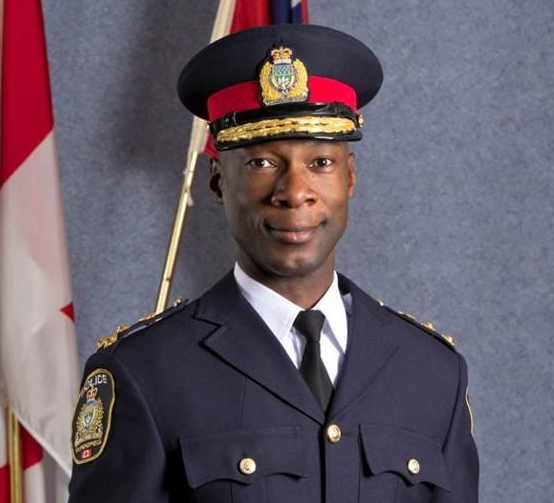 The Little Boy from Jamaica

My mother came to Canada in 1970 while my sister and I moved to Canada in September 1975 to join her. Coming to Canada was actually my mother’s idea, she felt she needed to do something different to look after the future of her family. Back home in Jamaica, despite having no electricity, no potable water, life was good. I enjoyed living with my grandparents. I did not realize we were poor in Jamaica until I arrived in Canada.

We arrived in Canada in the evening and it was a very inspiring experience walking the streets the first morning, looking at buildings, and seeing the beauty of the city. I experienced some form of culture shock especially on the first day at school when I looked around and did not see anybody that looked like me. Yes, there was an extreme culture shock but I didn’t realize it as a child.

One of the major challenges we faced was that my mother was working two jobs and so we didn’t see a lot of her as compared to living with my grandparents back home in Jamaica. Another challenge was that of realizing that no one looks like me on the street and generally, the challenge of trying to adjust to the new environment.

Those types of mechanisms were not as established back then as we have them today. I cannot remember any type of organization we have today that provided support for newcomers back then.

What I missed most is being warm all the time. I like the way we lived back home, the closeness of the community, the communal lifestyle, and the types of natural food we ate. Back home we knew everyone in the community, a child was safe, and we grew everything we needed. It is also important to note that for the fact that I left Jamaica when I was very young, there was no opportunity to develop a close attachment to so many things.

When I first arrived in Canada, there was no great deal of diversity. I did not know I was going to become a police officer; it was almost accidental. The reason I became a police officer was to do something that will have a big impact on the community. I wanted to set an example for the young people that we do not have to be stereotyped, or do negative things. The police force was just a vehicle to achieve that goal.

As a police officer, I rose to the rank of Chief of Police and as I rose through the ranks, I saw a disparity between certain different classes and ethnicities of people. I wanted to bring a sense of equality in my role as a police officer and particularly as a Chief of Police, I had the opportunity to speak to about such issues. I had the opportunity to speak about the potentials that we have in the city and try to bring people together. I really like to change the world.

Now, I do consultancy while trying to influence the world, to show how we should police society and to make people know that there are no limits in this country.

My first visit was in 1989 when my grandparents were still alive then. It was great to be with them again, they had nurtured and groomed me from the age of three months old to eleven years. I had a very warm impression going back home.
My second visit was in 2014 and I was Winnipeg Chief of Police then. I was invited by the Canadian High Commission as a guest so, I had lots of events to do and attend. This time around, I was very sad to see what had happened to the country and people were no longer living as we used to do. There was a lot of garbage along the roads. I noticed Jamaican society had been westernized, everybody had a cellphone and they trying to have whatever they see on TV or on the internet. The garden that my grandparents had was just allowed to go wild. There was reliance on processed food forgetting about the abundances we have and which were not being utilized. Yet again, our Jamaican culture is very healthy.
I have gone back every year since then doing some school development projects. Nowadays, when I go back to my country, there is a bit of sadness because I think we were in a much better state back then. We have everything in abundance, we have everything we need to live life well. All those things we import, damage us and the environment. I would like to go back and teach people how we do live. I will be going in June with my two daughters to let them see where I come from. I would like to make a difference in Jamaica.

I was attending university not to become a Police Officer but to become a Biologist. I had a part-time job in security and so I had the chance to meet with police officers and speak with them face to face. During these interactions, I had told them how much I enjoyed our interactions. There were no black police officers then. I was encouraged by a police officer and I felt if I became a police officer, people will see me in the uniform, kids will see me and would know that they can be like me. I felt that the rest of the Winnipeg community will realize that is a great guy out there.

Steps taken to achieve this status includes; being diligent, hard working, and having the right work ethics. I was not doing the job for the uniform or glory, or money. I often tell people that know who you are now, know who you want to be, and then, pick what you are going to do based on that and see if the job will help you express what you desire to be.

Going back to Jamaica, I can actually see how incredibly my life has changed. My life has changed significantly for the better. There is no way I would have become a Chief of Police in Jamaica. It is really sad, the police is not a respected profession in Jamaica like in many Third World countries. I will like the people in my country to have the opportunity so they can change for good too.

Jamaica is a beautiful country. It has everything people needs. People back home should learn to be happy and contented. People should try to help themselves and not depend on people abroad. I challenge people back home to appreciate what they have and make the best use of what they have to their advantages because not everybody has the opportunity to go abroad.