"There will always be hardships but once you get settled, Canada can be heaven for you." - Neenu Thaluthara Raphael 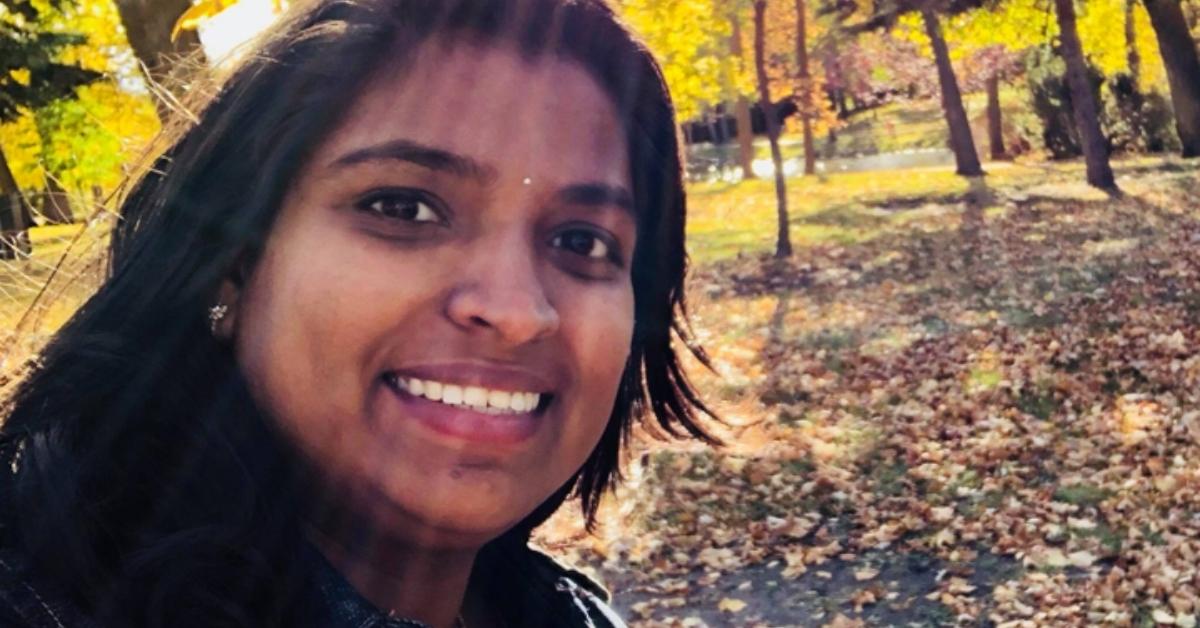 In 2007, I completed my three-year diploma in Nursing in India and I started working in one of the big hospitals – Medical Trust Hospital but, the pay was only $100 dollars a month. The standard of living back home, was alright because I was not married then and I did not have kids; so, it was ok living there and affordable.

When I came to Canada, there were 30 students on the same flight and as soon as we landed, we were shocked at how cold it was and wondered how we were going to overcome it. Funny thing, it was only September. Along with being far away from our families, we were shocked by everything.

Finding a place to live and paying for it was hard: for the first six months in school, we were not allowed to work. After the six months, we were allowed to work for 20 hours a week but, to find a job itself was hard. There were thirty of us and we were going to the same places looking for jobs, and no one was hiring. We couldn’t buy winter clothes because we had no money. But, the people who were living at the place we came to donated some winter clothes to us.

Once we arrived in Canada, we didn’t know anyone from our country. We came straight to the college in Niagara Falls. People from the church got to know that they were thirty students that came to college and in 2 to 3 weeks, a family from Kerala visited us. When the family saw the conditions we were living in; eight students in one room, they donated some winter clothes and drove us around for shopping to make our stay better.

India: India is known as God’s own country, it is a very beautiful country. There is no winter there but, the country has four climates which include; the autumn season, rainy season, hot weather season,  and retreating monsoons which is the transition season. India had flooded a while back (2018) but other than that, it is a beautiful country. It is all green year-round, nothing like spring or fall. The temperatures are in +20 or +30 degrees all the time, which makes it easy for us to go anywhere.

The language: my mother tongue is Malayalam, the amazing thing is that even if you spell it backward, it is still the same thing. Malayalam is so comfortable to speak.

Family: I miss my family back home. It is very hard to bring them here or keep them here. But, with social media, I can see and talk with them regularly.

I miss the food I used to eat, the beaches, the local transportation, the crowd. It is so calm and quiet here not the same as back home.  I miss the honking of vehicles; People honk for different reasons then they do here.

I did visit my home country in 2015, I was in Canada for over four years and thirty days before I went back to visit my family. It was very exciting for me to visit my family because I wanted to see them and they wanted to see the changes in me as a person and hear all the stories about Canada. I had become rich in a way, I managed to buy gifts for my family and I gave them pocket money before I came back to Canada.

The only problem I had while I was home was coping with the climate because it was too hot. I was only home for 30 days, we did not have air conditioning so I had to buy one because I couldn’t bear the heat. There were some days I couldn’t do anything because it was severely hot outside so I stayed in the house where there was the AC rather than burning up in the heat.

After graduating in 2007, I got a job as a nurse at the Medical Trust Hospital where I worked as a gastroenterologist for a year. In India, we do not have registered nurses and Licensed Practical Nurses (LPN) separate as we do here in Canada. In India, I was taking care of 40 people compared to the 20 that I take care of here in Canada. While working at the hospital in India, we gave out pills and took care of the patients. My work schedule is so different from the one I have here; I had to start work at 8:00 am and work until 6:00 or 7:00 pm. There was no overtime pay, it was a very busy place with no healthcare aids, and the nurses did everything. As a nurse, we had to be the healthcare aids and nurses at the same time. However, all residents had a bystander who sometimes helped us or let us do all the work.

My first job in Canada was distributing the flyers every two weeks for two months. Then I got a job on a flower farm in St. Catharines for a year. After the flower farm, I got a job as a healthcare aid for two years while trying to get my nursing credentials done. I took the exam and in 2014 I got a job in Portage la Prairie as an LPN at Manitoba Developmental Centre and I have been working at this job ever since.

In 2012, when I moved to Winnipeg, it was hard finding a job and my friends advised me to try and look for jobs in Portage la Prairie and other smaller towns in Manitoba. So, one day I drove to Portage la Prairie and dropped off my resumes and one of the places I applied to, the Dairy Queen (DQ) called me back. There were 15 of us from India and there were over three to five nurses who worked at DQ full time.

Before we came to Canada, we were told by the agencies that we would be working as nurses as soon as we got here. They gave us hope that once we got to Canada it would be easy to get a job as a nurse. But, when we came here, we felt so hopeless, reality dawned on us that it was not that easy to become a nurse as they had told us it would be. We had to apply to get our credentials assessed through the College of Nurses of Ontario and after we applied, we had to wait for about two to three years and no one in our group knew this. We thought we were going to do a course and then work as nurses.

I was in Ontario before I moved to Manitoba. I applied to the College of Nurses of Ontario with all my credentials from India and work experience for assessment. After the assessment, they let you know whether you are eligible to write an exam or not. For those with degrees in nursing; they might be required to write the objective structured clinical examination (OSCE) exam but it is not that easy. If one fails, they might recommend to him or her to go through another year or two of schooling, and then he or she is given eligibility to write the challenge exam after submitting an English test. After all this is complete, they will issue you a license.

If you move to another province, for example, Manitoba, then, you apply to the College of Licensed Practical Nurses of Manitoba (CLPNM). Manitoba has higher standards compared to Ontario and it is not that easy to transfer registration from Ontario to Manitoba. If you transfer, you are given restrictions for nursing practice. You will not be able to do IV therapy until you go through a day or 2 of training. You will also have to undergo a physical assessment which is another one-month online course then, you get your license.

Before I came to Canada, I knew a little bit of the world but, now I am more exposed. I am meeting people every day from all over the world with different cultures from mine.

I have also learned to be more independent; like how to work, send some money to my family. I am now more mature and independent.

I always tell my friends that there will always be hardships but once you get settled, Canada can be heaven for you. Once you pass through the hardships, you come out strong, so hold on and persevere through it all.

Follow your dreams and with courage, you will succeed.