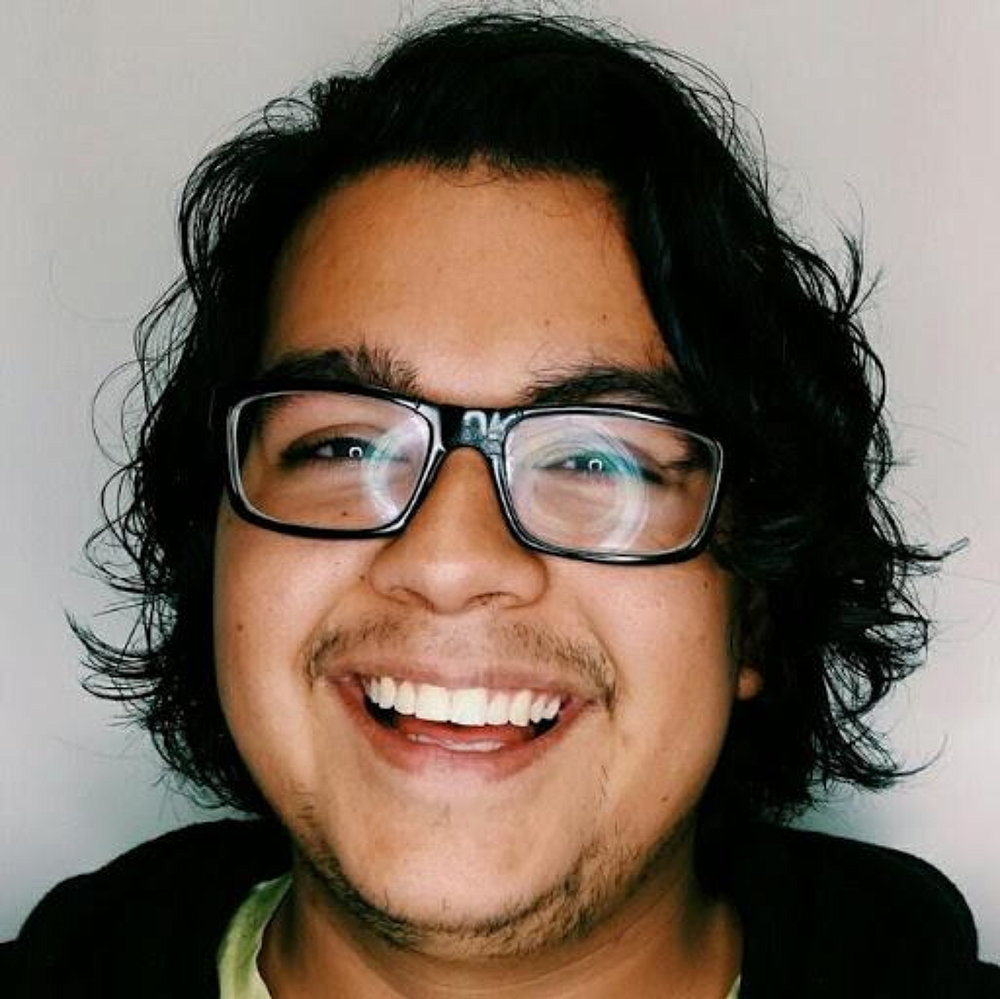 My story is a very common one in some ways for someone my age. I am 26 years old and when my parents were my age they were running from a civil war in their home country, El Salvador. “Just under Mexico” is what I usually say to people asking. Most people who recognize the name already think of the popular gang ‘MS 13’ or our famous ‘Pupusas.’

As a child of immigrant parents, what I think of is the culture that my parents, along with all the other refugees from my community brought with them and the fact that I could not really fit in. As hard as I tried, the best I could get was my name which is the most Latino thing about me – Ivan Alberto Valencia. When I say my name with a Spanish accent, Latinos speak to me in Spanish right away. But, when I say my name with an English accent, people think I am Russian. When I am speaking and responding in Spanish, Latinos hear my accent and then they switch to speaking in English which sometimes is of low efficient because it is not their first language. They switch to English because they think that I will not understand them if they speak their native tongue. The struggle to fit in was always on my mind. It took a long time to realize what the answer was.

I was born into a family of four children, two boys, and two girls. A big family for two refugees to raise living in a country where they don’t speak the official language fluently. My English has always been better than my parents and same with my understanding of the Canadian culture. Growing up side by side with refugee parents gave me what I now understand as a blessing, I was raised with more than one perspective on life. As a child, I developed some sort of empathy that others may lack. When someone is speaking to me with a accent, regardless of what their first language is, I find that I understand what they are going through. Not just because my Spanish is not perfect, but because my parents English is also not perfect. At a young age, I was given the role of the translator in certain day-to-day activities. You can imagine how that would feel for a kid, to think that they need to help their parents read a coupon or instructions on new appliances. On one hand my parents were the bosses of the family who demanded a certain respect, but on the other hand, watching the news with them in English would mean you would have to break down what was happening. A kind of mixed role was played by my siblings and I. We were a team as a family and we were good at it.

My first memories as a child have always been in the North End of Winnipeg. I do not remember much from that time except that there were a lot of Indigenous people. At the age of 9-10, we moved to the countryside and lived just outside of Lorette. That’s where everything changed. From a school in the North End filled with other Latinos to a school filled with hockey loving, horse riding, blue-eyed Canadians. It was a180 degree turn.  “Where are you from?” was asked every day and by everyone – Teachers, students, students parents, and everyone was so interested in why I was brown. This is where the feeling of not belonging started for my siblings and I. To be the minority in a school was hard enough, but to be the minority in the Latino community was another. I get that I do not look like a lot of people in Lorette and that our family gatherings serve very different food, but to be an outcast in my own community became the real issue. When everyone wanted to play soccer, I preferred basketball. When passing around the hot sauce my response was “Not for me, thanks.” Worst of all, my Spanish. I can understand most Spanish and can speak it with enough confidence, but any slight accent or wrong word choice or I ask once for them to repeat what they said then they respond “you’re so white!”. Which to some does not seem like much, but to a person growing up in Canada with Latino parents, what that meant was “You don’t belong”. What I did to cope with that was learning to be a different person depending on who you are with. I learned hockey and basketball. I watched El Chavo Del Ocho and Family Guy. To fit in was my goal and in the wrong way, I reached it.

When I got my first job at the age of 14, I was ready to prove myself independent. What I did not know would happen was I would grow to not care about others opinions. That is where I found the answer to my struggle. I am proud to call myself a Canadian born of Salvadoran descent and blood and that is exactly what I am. Whatever expectation you might have for that title is not important to me. I am not either or, I am both.

The advice I have for any second generation immigrants is that you are not a marshmallow or chocolate, you’re a smore. You do not need to identify with any culture, but instead to be proud of the mix you are. You have been given the opportunity to not only lead but to have a reach into more perspectives in life.

Another important piece of advice is to learn the language of your parents’ country of origin! Not to impress others or to fit in, but to be able to speak to more people. Use your connections and multicultural attributes to help anyone who is coming into your home. Help doesn’t have to be a full-time thing. If you notice someone in the grocery store who does not understand the label, help them. Be an outlet that your parents had or needed when they got here because Canada is the best thing that ever happened to us. Let’s make it the best thing for everyone coming in scared and anxious.