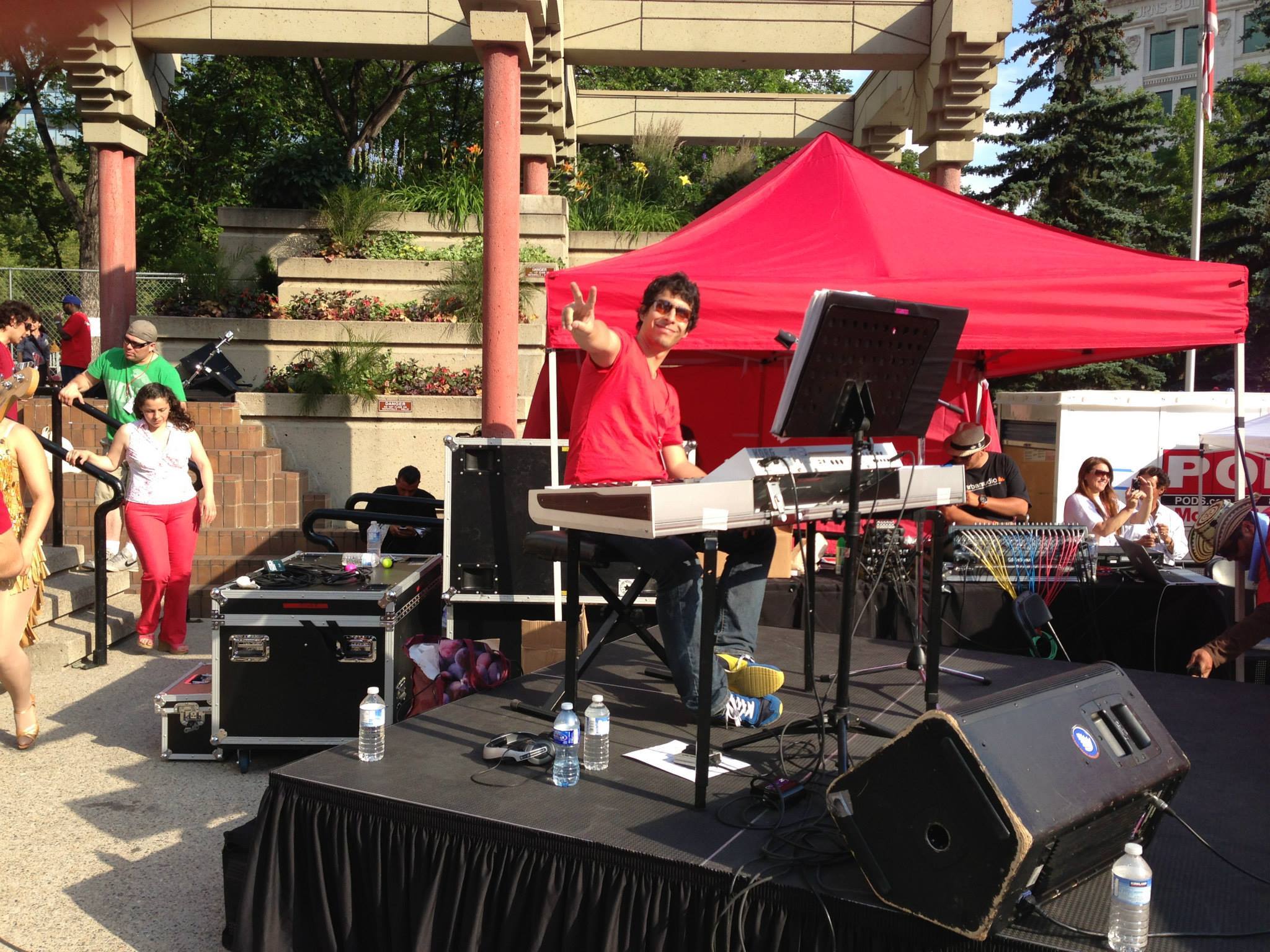 Canada is a land of Opportunities

Jaime is a Canadian-based musician born in Costa Rica, Central America. Jaime is a multifaceted person who defines himself as a complete modern musician. One of his facets is that of diversity trainer and facilitator, with more than 7 years’ experience in designing and delivering Cultural Diversity curricula. Jaime is the Coordinator of the Diversity and Intercultural Program at Manitoba Start and he also teaches at the University of Manitoba in the Applied Human Resources and Applied Business Management programs. Jaime graduated as a music educator from Universidad de Costa Rica and earned his Piano Performance graduate degree at Brandon University MB, Canada. He mastered his composing and arranging skills at Berklee College of Music, becoming a specialist at arranging music in diverse popular styles.

The reason for moving and accomplishment so far.

I was born in Costa Rica, Central America. I moved to Canada in order to take a post-graduate degree in music. Currently, I am the Coordinator for the Diversity and Intercultural Training at Manitoba Start in Winnipeg, Manitoba. I work also as a professional musician since I graduated from Brandon University (BU) in 2010. While studying at BU, I worked as a janitor and also as a kitchen worker. Another previous job was that of Cultural Diversity facilitator at Westman Immigrant Services. My involvement in the community has been continuous since I arrived in Canada. I created the annual Brandon Multicultural Summer Festival, I was awarded the YMCA Peace Medal and I was formally part of the first Police Services Board in Brandon as a provincial appointee, representing the immigrant community. I had a weekly TV show on the Local Channel 12 with WCGTV that deals with Cultural Diversity and I write a monthly column for the local Brandon Sun.

When I first came to Canada I had a different idea about what I was going to find in terms of population, culture, and community. My Latin-American origin had turned me into a rather pessimistic person. I had studied music and I had seen how there was little support for arts and culture in Costa Rica.

The first thing that impacted me was to see how welcoming people were in Brandon, MB. As an immigrant, I went through all the stages of cultural adaptation and culture shock but it was the kindness of people what helped me to recover and continue.

What do you miss most from your country of origin? How have you coped with homesickness? How has your life changed since moving to Canada?

When you are an immigrant there are many things you miss from your home country: food, people, geography, language, and music. The first thing you do is to try to find people from your country, your region and then get together and spend long hours being homesick. Then you try to find means of cooking your traditional food and practice other aspects of your culture.

Being a musician, it didn’t take long for me to find other people from Latin America and some local Canadian musicians who were willing to play our music. We put together a community band and pretty soon we were rehearsing weekly. We were not prepared for what was going to happen; we didn’t know how open to other cultures our city was. In our first public presentation, the venue was packed and there wasn’t room for a fly. People danced their shoes off and since then this ritual repeats every time we perform anywhere in Manitoba and many other places in Western Canada. The story continues for several years. We perform now in international festivals throughout Canada and have recorded our first album. All this happened thanks to the vibrant multicultural community of Brandon, MB, and Canada in general. My dream, which until then had been impossible in my country, became true in Manitoba.

Any Support from the community to help you integrate?

I found support from individuals, the local municipality, educational institutions such as the University, music lovers, the local press and of course the immigrant community. Coming from where I come from, support like this is unreal, it doesn’t happen. In Canada the support is amazing. Every day that passes I understand better that it is about community, about integration. Supporting others to reach their goals is part of the Canadian identity.

My advice to other newcomers is to think more about the possibilities and less about the limitations. My experience tells me that Canada is still a country where you can reach your goals when you work hard for them!